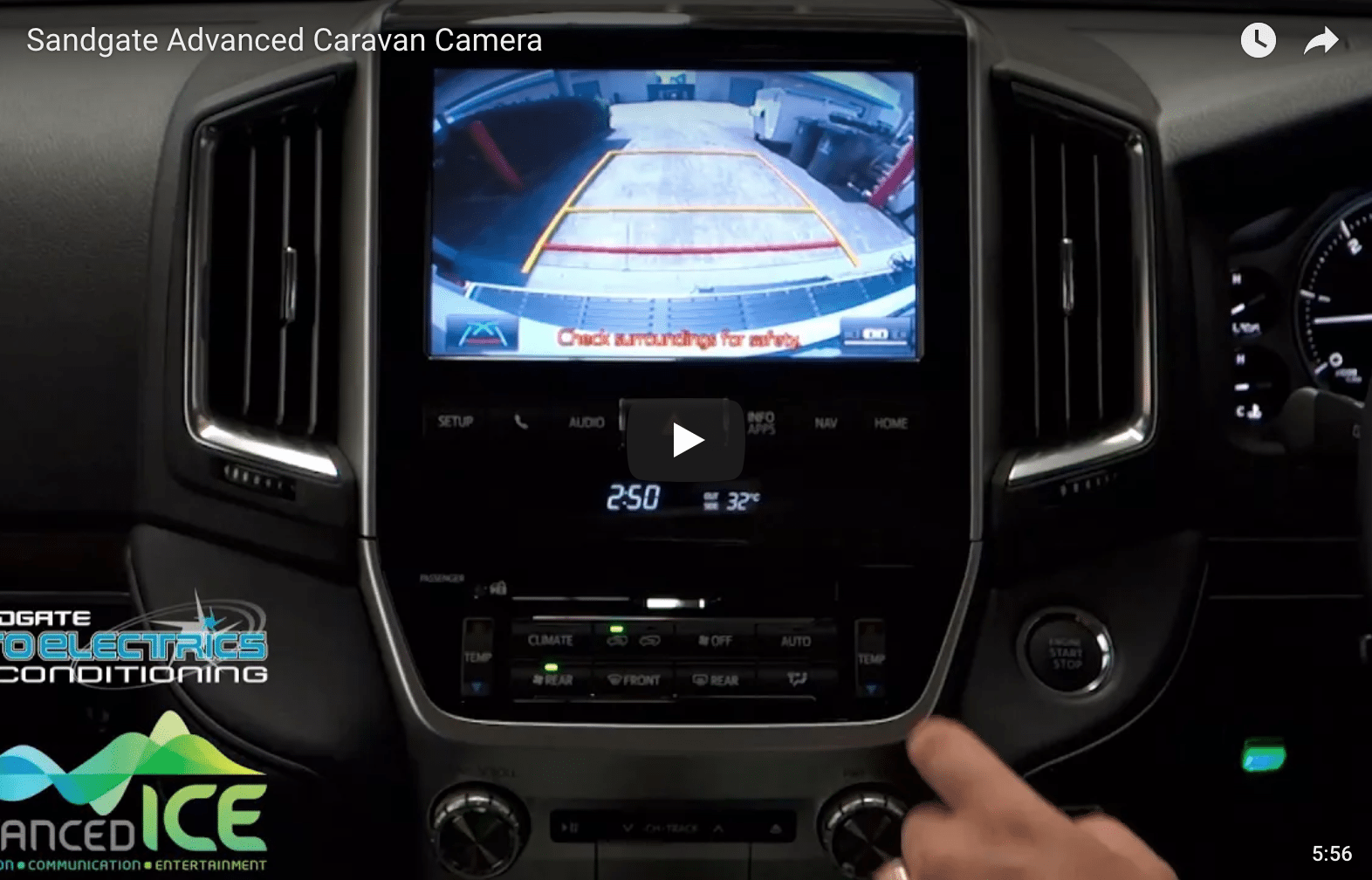 Here we have a 2017 Toyota 200 series VX Landcruiser with a high resolution 9 inch factory display. And today we’ve install our premium caravan camera integration system along with the optional Hema four-wheel drive nav. Now this system will work on the VX facelift model from about 2015. At this point though it’s really important for us to highlight a key difference between the VX model and the Sahara. To the naked eye the entertainment system of the VX and Sahara look identical. However the Sahara has a surround view camera system, but the VX has a single reverse camera. So the way the factory camera picture or video signal is displayed on this OEM screen is completely different. So that’s the reason that we have a different premium system for each other cars. The operation is exactly the same except for the Sahara it’s a bit more expensive because we need another interface to integrate into the quad Camera System.

Another important point that would like to make it this point is that the Toyota screen will only work with an NTSC camera. It won’t work with a PAL camera. So it’s really important to check your camera specifications with the manufacturer before installing this system. If it turns out that you do have a PAL camera then it still possible to install the system, but you’ll just need to replace the camera on your van with an NTSC version.

So we’re going to start now with the standard caravan and camera system to show you how it operates and then also will show you the difference between how the premium system operates. When we install our standard system you simply long press the navigation button to activate the camera picture. This customer has chosen the Hema four-wheel drive Nav option so the first press takes you to the navigation, then we can long press it again and now you can see the image from your caravan camera right here on the screen. The audio continues to work as normal and there’s no impact on any of the factory features. You can use the phone audio home or no button to return to the desired factory feature of the system. However if you want to see the caravan camera when in Reverse you can see that it goes back to the factory reverse camera by default and the caravan camera images no longer visible. Now in order to bring up the caravan camera picture we have to short press the Nav, which takes us back to the factory Nav screen. Then you have to long press the navigation button again to display the caravan camera. And if you have the optional navigation system like this one, then you’ll have to press it twice. However if you decide to have our navigational Hema system installed you can also choose to activate the caravan camera with a separate switch so you don’t need to press the Nav button twice to get the caravan camera up. But because there are very few places in these new vehicles to mount switches. We’ve design this system so that it can be used without the need of mounting any extra switches.

Now let’s say you’re performing a tricky reverse maneuver which is going to require you going in and out of reverse several times. For each time you go in and out of reverse your going to have to repeat this process so it could be really annoying. So it’s for this reason that we developed a premium system which includes video sensing technology. So as soon as the caravan is hitched up to the vehicle and our system sensors that there was a caravan camera picture coming through it will automatically display that picture when in reverse. Then as soon as you unhitch the van and there’s no longer a camera signal coming through from the caravan, the system will automatically revert back to the factory reverse camera.

So in summary if you main requirement for the caravan camera is to be able to use your factory display as a rear view monitor while you’re driving forwards. Then our standard system will work perfectly. But if you want the convenience of seeing the caravan camera when reversing without having to activate the camera each time you go to reverse than the premium system is the best option.

It’s all so popular now for caravans to have a dual camera on the back. So one of the cameras has a wider angle and is angled down to the ground for better reversing vision and the other camera projects straight out so while you’re driving forwards and you can use that as a rear view camera. The premium system will allow you to see the right camera at the right time. So when you engage reverse you’ll see the camera that’s best for reversing, then if you’re driving and you long pressing a button you’ll see the best camera for rear vision.

If you’ve already had our standard system installed in your VX, you can easily upgrade to the premium system for about $300 plus installation. So hopefully this is help you understand the system how it works and also the difference between our standard and premium systems. Give us a call if you got any further questions and we can give you the best option for your personal touring needs. And if you don’t own a 200 series, we also have solutions for most popular towing vehicles. So give us a call on (07) 3269 3158 or stop in at our workshop on 113 Connaught Street Sandgate QLD 4017

Got a Question for Us?